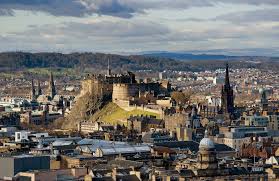 The 2017 Budget Announcement Will Improve Pension Planning for Everyone. Make Sure You Know How? Learn More>>

The month got off to a gloomy start – especially if you are a Guardian reader. Five signs the global recovery may be an illusion was the headline on one of its main analysis articles, which pointed out that the world of 2017 was not very dissimilar to the world of 2004 – when (we now realise) it was all starting to go wrong.

Citing problems in world bond markets, the difficulties of unwinding the stimulus packages various central banks have used and possible future conflicts over dwindling natural resources, the article painted a bleak picture. Add in the continuing – and seemingly intractable – problems in the Ukraine and it would have been easy to start April with your glass very definitely half empty.

On the other hand the glass was half full and getting fuller for a lot of people. Business confidence in the UK was surging; industrial output figures suggested the Eurozone was recovering; the Dow Jones index in the US ended the month at a record level and even the Spanish economy grew at its fastest rate since 2008.

As usual the truth was somewhere in the middle. There was good news and bad news around the world in April, with none of the major stock markets making any really significant moves. Of the ones we report on in this bulletin, the UK was the best performer, whilst the Russian market turned in another poor performance.

There is no doubt that business confidence is recovering in the UK. There’s plenty of anecdotal evidence, but the figures to back that up came from the British Chambers of Commerce survey of 8,000 firms. This showed service exports at an all-time high and many key manufacturing measures also at record levels.

The survey did point out that the recovery was still too reliant on consumer spending and also mentioned – as we’ve highlighted more than once in this bulletin – that lack of finance for business still gives grounds for concern.

There was contrasting news in the housing market, with one report from Ernst & Young suggesting average rises of 7% for this year and next year. However figures released from the Land Registry at the end of the month showed a fall of 0.4% in prices in March, valuing the average UK house at £169,124. The Land Registry were forecasting a rise in prices closer to 5% for the coming 12 months.

Good news for the Government – and George Osborne in particular – came when it was confirmed that the UK deficit had fallen to its lowest level since the start of the financial crisis, with the economic recovery boosting tax receipts. Government borrowing fell to £107.7bn in the fiscal year ending in March: this was down from £115.1bn in the previous year and just met the Chancellor’s target of £107.8bn.

This meant that borrowing as a percentage of GDP fell to 6.6% – the lowest since 2007/2008 according to the Office for National Statistics.

Let’s start with the good news. We have commented plenty of times on the problems in Spain, so it seems only fair that we should report the good news as well.

According to the country’s National Statistics Institute the Spanish economy grew at its fastest quarterly pace since 2008, with GDP increasing by 0.4% in the first three months of the year. However, unemployment remains worryingly high – the long term unemployment rate is over 13% and the figures for youth unemployment are considerably worse. Spanish retail sales also fell by 0.5% in March, so the country’s problems are a long way from over.

There was also good news for the Eurozone as a whole, with hopes of a recovery boosted by a surge in industrial output. The ‘surge’ was only 0.2% (which isn’t even a blip if you’re Chinese) but the economists translated this into GDP growth of 1.5-2% for the full year, with some commentators suggesting that the relatively mild winter would see GDP growth at the top end of the range.

Christian Schulz, senior economist at Barenberg commented, “The Eurozone is on track. In the absence of any major geopolitical or financial stability accidents it should not require a large financial stimulus to keep going.”

Clearly Herr Schulz’s research doesn’t reach as far as the Ukraine, because a ‘geopolitical accident’ is exactly what is happening on Europe’s border, with the situation in the Ukraine steadily worsening. At the time of writing the Government in Kiev appeared to be losing its grip on the pro-Russian eastern part of the country, and there were also fears of a ‘gas war’ as the Ukraine refused to pay the increased prices from Gazprom.

Meanwhile Germany turned in a very healthy trade surplus as the figures for February showed a surplus of €16.3bn, up from €15bn in January. Its stock market inched up a few points to close the month at 9,603 and the market in France was also up by 2%, to close April at 4,487.

Good news was in short supply in the US in April, and yet the Dow Jones index closed the month at an all-time high – admittedly only four points higher than its closing level on December 31st but an all-time high nonetheless. The index rose 1% in April to finish at 16,581.

The month had got off to a poor start with disappointing jobs figures. March non-farm payroll statistics showed 192,000 new jobs being created, but this was below expectations and there was no increase in average hourly pay.

…And low pay was on the agenda later in the month when the Republicans in Congress blocked an increase in the US minimum wage. A bill to increase the national minimum to $10.10 (about £6) from $7.25 was defeated as the House divided largely along party lines.

The Federal Reserve continued with its reduction of the stimulus package, cutting the monthly bond purchases by a further $10bn to $45bn. New Chair Janet Yelland says she will support the US economy “for as long as necessary” although there does now seem to be a momentum towards gradually removing the stimulus package.

It therefore came as no surprise when figures released for the first quarter showed US economic growth slowing down sharply, to an annual rate of 0.1%. This was a big fall on the 2.6% growth recorded for the last quarter of 2017 although a severe winter was partly to blame. Business investment also fell by 2.1% with spending on equipment 5.5% lower than a year previously.

April started with the World Bank cutting its growth forecasts for the Asian economy, including a sharp downgrade for Thailand following months of political unrest in the country. It now expects GDP for the region to increase by 7.1% in 2017 and 2015, and has trimmed its forecast of Chinese growth very slightly to 7.6%. The Chinese economy has apparently made a “shaky” start to the year.

‘Shaky’ is defined as the economy growing by 1.4% quarter-on-quarter for the first three months of 2017, although this is admittedly the third straight quarter when the rate of growth has slowed. In addition, investment in fixed assets – possibly the most important driver of the Chinese economy – was down for the fourth consecutive month in March.

It wasn’t a good month for Japan either, as inflation increased to 1.5% and the trade deficit widened significantly, coming close to the record deficit recorded in September 2007.

In contrast South Korea recorded yet another surplus of $4.4bn – with exports showing the highest annual increase in 15 months.

On the stock markets, China’s Shanghai Composite index was virtually unchanged at 2,026, as was Hong Kong at 22,134. The South Korean index fell very slightly to 1,974 but Japan’s Nikkei Dow index was down 4% at 14,304. The Japanese market is now down 12% since the start of the year.

Clearly the big story in Emerging Markets is the dispute in the Ukraine, which we have covered above. This turbulence – and the continuing threat of sanctions – was reflected in the Russian stock market, which fell 5% in the month to 1,306 and which is now – like Japan – down 12% in the first four months of the year.

The IMF approved a $17bn bailout for the Ukraine (quite possibly the first IMF loan which will be used to cover a gas bill) and confirmed that Russia was now officially in recession thanks to the economic damage caused by the invasion of the Ukraine. The Russian economy contracted in the first three months of the year and ratings agency Standard & Poor’s downgraded the country’s rating to one notch above ‘junk’ status. Vladimir Putin carried on regardless.

Elsewhere the world’s biggest democracy – India – went to the polls. The election there will involve over 800m voters with 150m of them voting for the first time. It will take 5m people to administer the election and another 5m to police it. The Indian stock market reacted to all this excitement with a yawn, ending the month more or less unchanged 22,418.

Brazil, the other major emerging market, had a good month with the stock market rising 2% to finish April at 51,626.

Apartments at One Hyde Park cost – on average – £22m each. They have iris recognition in the lifts, panoramic views over London and a concierge who will stock your fridge with champagne and caviar and/or order you a private jet.

What they don’t have, sadly, is fast broadband. As the country races to make sure that everyone in even the remotest village has a lightning fast internet connection, it has emerged that some prime areas of Knightsbridge have been overlooked.

I’m sorry to deliver bad news and I know many of you won’t be able to sleep tonight for worrying about a Russian oligarch being unable to download the latest picture of his yacht/mistress/football team – or all three. However we are committed to delivering both good and bad economic news and – I’m sure you’ll agree – this is a story of real suffering.

subscribers who get new content from us on a monthly basis